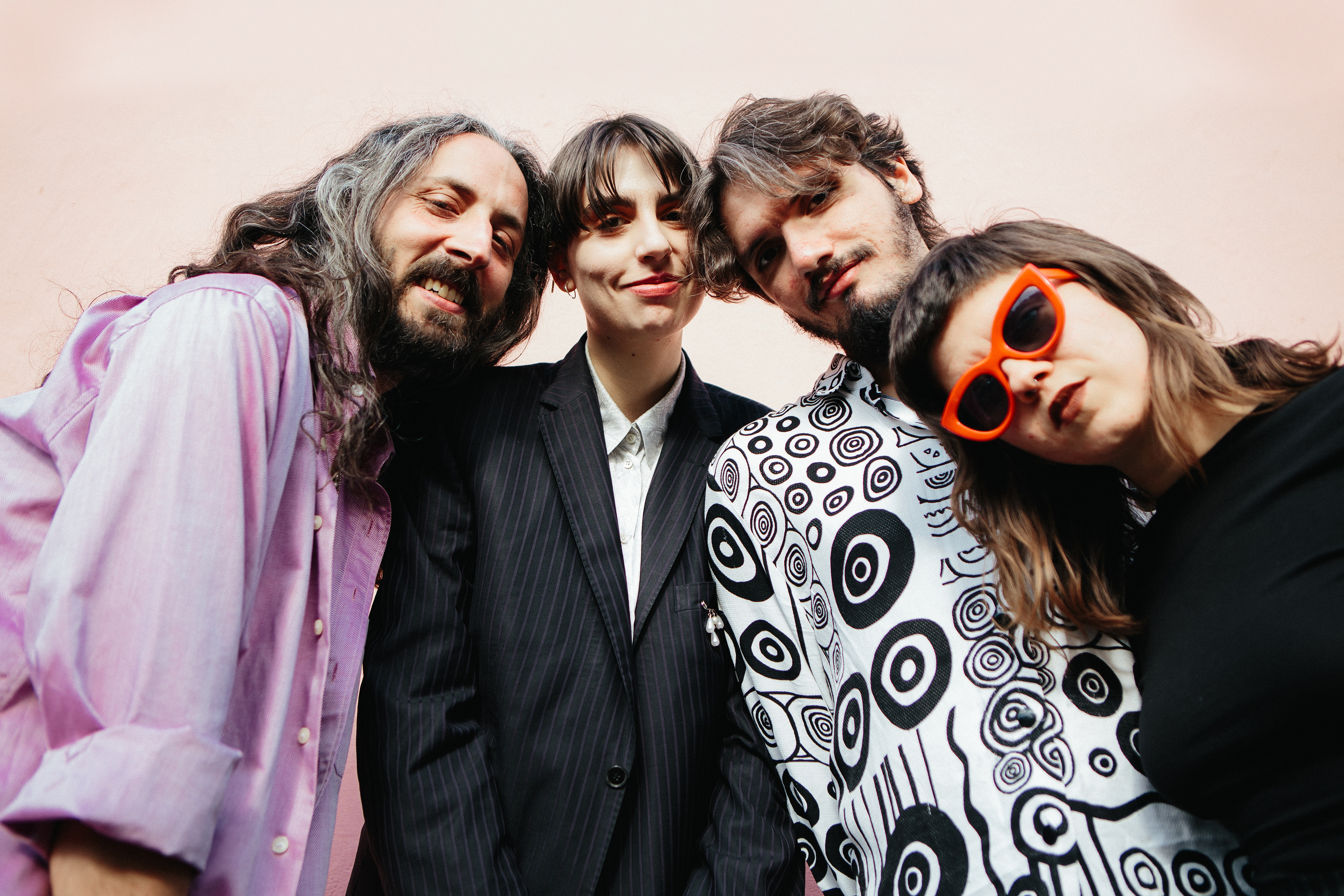 SHARPE music festival and conference adds 12 new artists and 2 new speakers to its 2023 line up. The most recent addition contains a colourful mix of various genres: from loud noise-rock and melancholic post-punk to a fusion of acoustic jazz & hip hop and from indie-electronica and British grime to queer art-rock and experimental contemporary music. Discover more about the latest names below.

SHARPE music festival and conference is taking place on April 20-22, 2023 at the cultural centre Nova Cvernovka in Bratislava, Slovakia. The 6th edition of the festival is focused on young and emerging artists from all around Europe and beyond. In the latest announcement the SHARPE festival organizers reveal the second batch of freshly confirmed artists including a Ukrainian multi-instrumentalist electronic duo Krapka;KOMA or the latest discovery from ESNS festival – the Dutch garage-punk group Cloudsurfers who took the ESNS stage by storm just a few days ago.

The already confirmed bands Wczasy, Hope or Planeta Polar will moreover be joined by the Romanian tight-knit quartet called Zimbru and their stories of dancing, lost pets, queer love and nostalgia for never experienced past decades, while Polish post-punk band Izzy and the Black Trees will take you on a poetic rebel freeride you’ve been long waiting for!

We will slow down a bit with a Berlin-based drummer and producer Magro who will show us his unusual take on jazz and hip hop, only to be ready for another typhoon called Kalaallit Nunaat, a powerful noise-rock trio from Rotterdam. Last but not least we cannot forget Shao Dow – the London-born rapper and manga author, who raps as well in English as in Japanese and who has opened for the likes of Stormzy or Skepta.

Bratislava’s 52 Hertz Whale have toured all over Europe and gained a fervent underground following. At SHARPE they will introduce their critically acclaimed new record Present Sense Impression. An excellent songwriter with up-to-date lyrics and a sense for melodies and a timeless sound – that’s Karol Mikloš who will perform with a full band and a new album.

It wouldn’t be SHARPE if there was no experimental contemporary music. This year we will present a world premiere of Boh Vajec Orchestra that will play music by the young talented composer Richard Grimm. The international cast of the orchestra promises a special experience with lots of synths, a bit of slam poetry and no drums. On the contrary, the girl duo Meowlau x Val will perform as a trio – with live drums by drummer Martin Miklis. An unmistakable voice and a power of making everyone in the audience dance is their signature.

And at last – the new kids on the block – Krstní Otcovia who finally brought some fresh air into the Slovak independent scene. From rehearsed arrangements to spontaneous improvisations – they say they play something called “showcasecore” – let’s find out what that is at SHARPE!

An integral part of the SHARPE festival is undoubtedly the conference which is reflecting the hottest trends and current topics in the music sector but it is also aiming to inspire, introduce interesting people and share remarkable stories. The already announced Vlado Meller – the leading sound engineer in the USA who has worked with Red Hot Chili Peppers, Public Enemy, Pink Floyd, Johnny Cash and many more will be joined by Stephen Budd and Gordon Masson.

Stephen Budd is a British music industry executive and artist manager (currently managing Dry The River and others). He has created a variety of Charity projects including co-producing Amnesty International‘s Give A Home global concert series for refugees and creating WarChild’s “Passport Back To The Bars”  – highly successful concert series for children affected by war.

Budd has also focused on bringing together musicians from different cultures, with projects in Africa, India, Palestine and elsewhere and stands behind Damon Albarn’s Africa Express project. Apart from Albarn this project has featured artists like Paul McCartney, Brian Eno, Tony Allen, Flea, Femi Kuti or Fatoumata Diawara. At SHARPE we will get to know Budd better in a keynote interview by Gordon Masson, the editor of the leading industry magazine IQ.